100-year-old gives Olympians a run for their money.

100-year-old gives Olympians a run for their money.

70 older adults took part in a week-long Olympic games held by Affinity Day Care C.I.C. in Northampton, proving that age is no barrier to sporting achievement. The oldest participant, 100-year-old Kay Drinkwater, was a fierce competitor alongside the other participants, mainly in their 80’s and 90’s.

The competition took place over 5 days across the two centres that Affinity Day Care C.I.C. operate, St Luke’s community centre in Duston and St James Community Centre. Each day a different Olympic sport was contested with medals awarded to the winners.

Shot put, weightlifting, shooting, discus and javelin were all part of the competition and were made accessible for all competitors regardless of mobility or strength. Swapping a traditional discus for a frisbee, javelins for foam swimming noodles and pistols for nerf guns, 100% of the Affinity clients, staff and volunteers took part in the fun-filled week.

Despite some questionable antics from the staff who resorted to cheating to up their chances of bagging a medal, they were beaten each day by the older adults themselves who smashed the competition.

The week climaxed with the weightlifting event. A tense competition involving two bags of balls tied to each end of a swimming noodle. In a knock-out competition, in each round, another ball was added to each of the bags. The older adults proved their strength with St James seeing two gold medallists and St Luke’s saw four participants win gold.

“Every single client took part and tried their best, regardless of ability, mobility or ailment. It was such a fun week and reminded people of their younger days and the sports they took part in. It also showed them what they are still able to do. The strength and determination shown has been truly inspiring.”

It’s not just the likes of James Rudkin, from Litchborough, who bought home the bronze medal as part of team GBs men’s rowing crew, who are Northants Olympic winners. The older adults at Affinity C.I.C. pushed beyond their comfort zones. Many of the ladies had never tried shooting and found a new activity they loved and are keen to try again.

The award ceremonies each day rivalled the Corby homecoming expected for BMX stars Charlotte Worthington and team-mate Declan Brooks who landed the Gold and Bronze medals. The ceremonies were auspicious occasions, adding to the fun of the week with the official waving of the Olympic flag, the national anthem sung loudly and medals and bouquets presented.

Michael, who won two golds, said of the week: “It’s been brilliant to take part in and reminds me of being young and active.”

Helen, who won a medal every day of the week, said: “I’ve never laughed so much! Thank you to Fern and the team for a brilliant week.”

With the Olympic flame well and truly ignited at Affinity Day Care C.I.C., the clients are now looking forward to (and training for) the Winter Olympics!

Sliver of hope given to carers in ‘depths of despair’

Last Night at the Proms 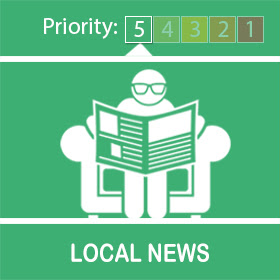