Two key initiatives included sowing wildflower seeds into the bunker areas to attract pollinating insects and allowing grass to grow longer in sections of the park so that wildlife was not disrupted.

Volunteers from the Northampton community, including local businesses, also donated their time regularly to pick up litter and care for the community garden that is a centrepiece of the park.

Community Payback contributed by carrying out tasks such as repairing fences and general maintenance.

Abington and Delapre parks also retained their Green Flag Awards for the seventh and eighth years in a row respectively by consistently ensuring high standards of upkeep and community involvement.

Councillor Mike Hallam, Cabinet Member for Environment, said: “We are delighted that Bradlaugh Fields, Abington Park and Delapre Park have rightly been awarded the Green Flag Award – the challenge now is to retain this benchmark next year and beyond.

“Each park will be subject to a five-year management plan to ensure that these green spaces continue to be welcoming and safe while meeting the highest environmental standards.”

Michael Mitchell, Contract Manager of idverde, said: “It is a pleasure to be part of such a dedicated group of stakeholders all working to achieve the same goal – a wonderful park for all users to enjoy – with the added bonus of a Green Flag Award to recognise the hard work of staff, volunteers, sponsors and Community Payback all working together.

“Achieving a Green Flag Award at Bradlaugh Fields deserves a hearty congratulations to everyone involved, while retaining the two Green Flag Awards at Abington and Delapre parks is always a satisfying achievement and a reflection of the everyday hard work that goes in.

“Each park has its unique attributes, and this adds to the dedication to continuous improvement and good practice embraced by all.”

The Green Flag Awards aim to recognise and reward well-managed parks and green spaces and are considered the benchmark for the management of recreational outdoor spaces.

PRESS RELEASE: ‘Be happy and be kind’ – Life advice from 100-year-old Kay. 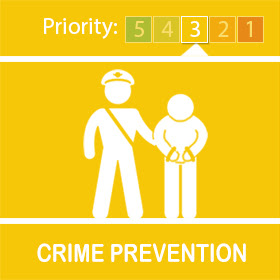 Duston Parish Council – We will be lighting up the DPC Christmas Tree on the bank at St Luke’s Centre on 1st December.